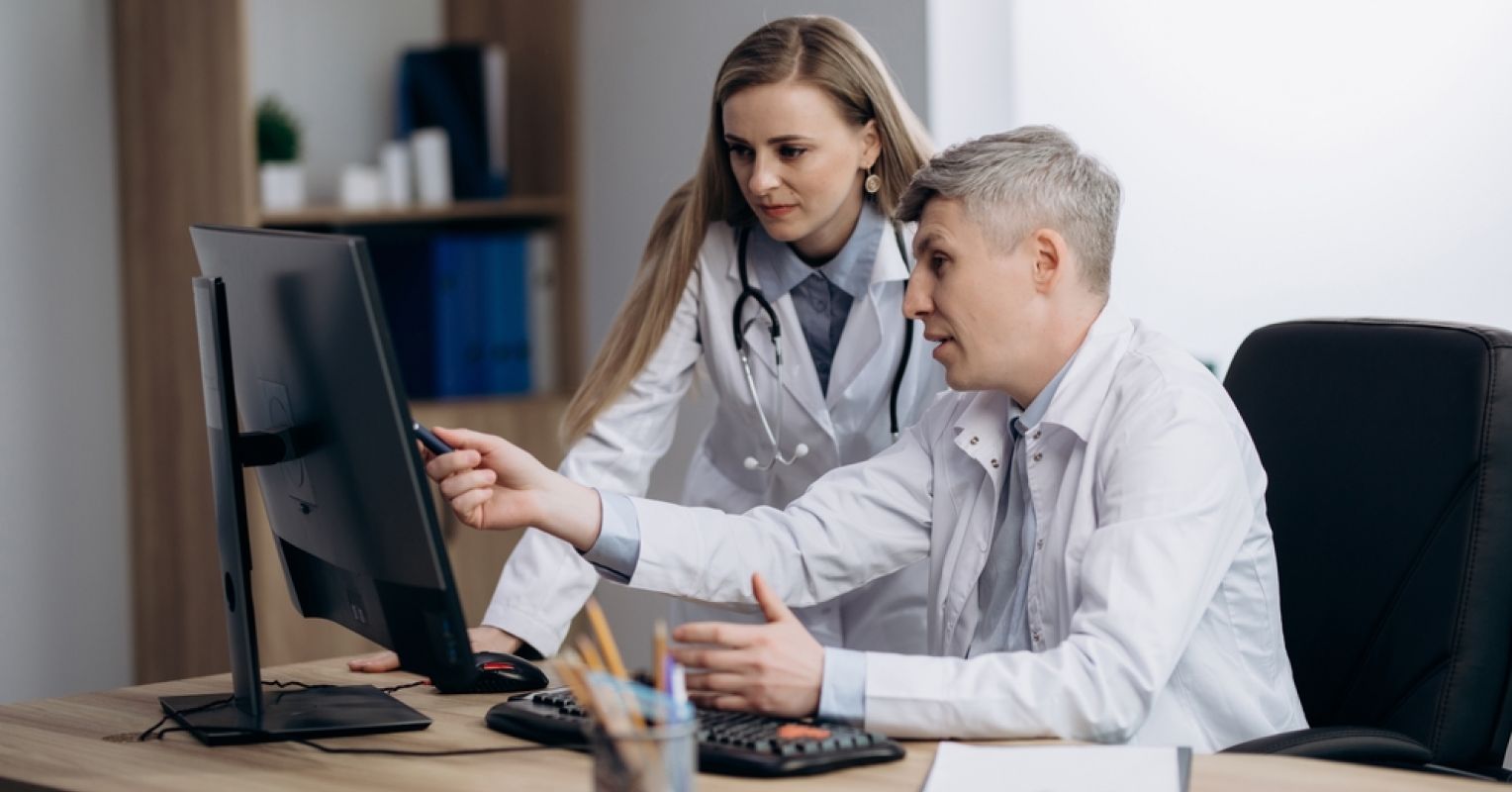 6 cases in which patients improved despite their initial diagnosis

Health care providers are trained to make a diagnosis to guide the course of assessment and treatment of physical and mental health issues.

A diagnosis can help healthcare providers quickly decide on appropriate therapy courses based on scientific evidence for specific therapies. In addition, a diagnosis helps classify the patient, including for purposes of insurance billing and provision of appropriate non-medical services such as Individualized Educational Plans (IEPs) in schools, housing, and on-site accommodation. workplace, and the availability of emotional support animals.

Thought Locked Out by Healthcare Providers

When a diagnosis is made, healthcare providers often focus on providing therapy for the diagnosis. When a patient does not fully respond to treatment, the usual assumption by providers is either that the patient did not carefully follow the prescribed treatment plan, or that the treatment plan was insufficient (for example, the patient needs a higher dose of prescribed medication or an escalation of behavioral intervention.) These assumptions, too often, are wrong.

Three cases from my medical practice as a pediatric pulmonologist illustrate this type of locked-in thinking. It should be noted that I have encountered such situations monthly throughout my career of almost 40 years.

A nine-year-old child with asthma. This patient presented with recurrent cough, wheezing, and shortness of breath that temporarily improved with rescue asthma inhaler therapy. His breath test revealed asthma. Despite intensive preventive asthma therapy, she continued to have frequent respiratory symptoms.

Her health care provider thought it was obvious that the patient must not have taken her preventer medications, as they are known to be effective in treating asthma. Therefore, the provider continued to pressure the patient to take the prescribed medications for two years.

It turned out that most of this patient’s symptoms were related to her anxiety, which largely resolved after she was taught how to regulate her emotions through hypnosis. In this case, the diagnosis was incomplete. The patient suffered from asthma and anxiety, and asthma treatment alone was insufficient.

His physical examination was normal. His breath test was normal. Nevertheless, an asthma specialist prescribed an inhaled steroid for 10 years to treat asthma. The patient said she did not know if this medication helped.

In the year before I met her, this patient’s shortness of breath worsened while she participated in dance competitions. When I asked, she told me that her breathing difficulties occur when she tries to inhale and when this happens she makes a loud noise (stridor) while inhaling.

His symptoms were consistent with a diagnosis of vocal cord dysfunction rather than asthma. She fit the typical profile of a patient with this diagnosis, including being a high-performing female athlete (line A). Her symptoms disappeared immediately after she learned to use self-hypnosis to calm herself down.

His lungs remained healthy, but he was reluctant to receive chest physical therapy by hand or with a mechanical chest vibration device, which is necessary to prevent the progression of lung disease in this life-threatening condition. Therefore, he was treated with valium twice a day before each physiotherapy session.

When this patient was referred to me, I noted that his diagnosis of cystic fibrosis was made based on a single sweat test. Given the serious implications of such a diagnosis, my practice has always been to repeat the diagnostic test, as test errors occur on rare occasions. It turned out that he did not have cystic fibrosis and that this patient had been misdiagnosed.

Had his doctors reconsidered his diagnosis, given that he had never shown signs of the progressive lung disease characteristic of cystic fibrosis at that time, he would have been spared many years of unnecessary and disruptive treatment.

Health care providers sometimes inadvertently lead to the perpetuation of patient symptoms or behavior due to a diagnosis. Again, a few examples show how such situations can occur.

A 15-year-old boy with recurrent pneumonia. The patient presented with a history of three episodes of pneumonia per year for some years. The patient would miss a month of school with each of these illnesses.

After reviewing his background, physical exam, and lab studies, I could find nothing physically wrong with him other than mild asthma, for which he was overtreated. I noted that the patient was anxious. As a pulmonologist, I was aware that asthma flare-ups could often cause radiological findings that were misinterpreted as pneumonia.

I treated the patient in descending his asthma treatment and teaching him self-hypnosis. He no longer developed pneumonia. Over the next few years, he developed colds a few times, which made him ill for a few days. Given his improvement with the calming associated with hypnosis, I suspected he felt so sick when he was diagnosed with pneumonia because he believed he had serious illnesses.

A 50-year-old man with high cholesterol and diabetes. For years I had high cholesterol. My doctor told me that since my mother had the same problem, I suffered from a genetic condition: high cholesterol, which put me at a higher risk of developing a heart attack or stroke. I accepted this diagnosis and felt there was nothing I could do about it because it was genetic. Therefore, I agreed to start therapy with a statin, which is an oral medication that lowers cholesterol levels. However, I did not change my lifestyle.

When I was diagnosed with type II diabetes, my doctor almost locked me into that diagnosis as well, as he offered to aggressively treat me with insulin and regularly monitor my diet, kidney function and my sight. As an aside, he told me that if I lost a lot of weight, maybe I could reverse my diabetes. He said he didn’t think that would happen. I took it as a challenge to do something about my condition.

When I lost a lot of weight afterwards, it solved my diabetes, my cholesterol level also became normal and I no longer needed statin treatment. I didn’t realize that even though my genes could predispose me to developing diabetes and high cholesterol, I had the ability to prevent these genetic predispositions from causing difficulties by solving my obesity.

A 13-year-old boy with attention deficit hyperactivity disorder (ADHD). After adding counseling to my practice, this patient came to me to talk about his disruptive behavior related to his ADHD. He was unable to tolerate medication for his condition as it caused him significant side effects.

This patient was very intelligent and easily bored in school. As a result, his behavior there worsened. When his parents and teachers discussed his impulsive behavior and lack of focus with him, he replied, “There’s nothing I can do about it. It’s because of my ADHD.”

I explained to the patient that even though he had been diagnosed with ADHD, he was able to control his behavior. Fortunately, this patient showed great interest in helping himself and improved dramatically once he learned to effectively regulate his emotions with hypnotic techniques. I encouraged the family to find him additional educational opportunities outside of school that would help him better meet his intellectual abilities.

As these cases illustrate, treatment based solely on a patient’s diagnosis can sometimes be ineffective. Additionally, a patient’s reactions to a diagnosis or an incomplete understanding of its implications can also lead to poorer outcomes.

In today’s world, patients often have precious little time with their healthcare providers. Nevertheless, I believe that health professionals must take the time to be aware of the difficulties that can be caused by establishing a diagnosis.

Best health care practices occur when clinicians and patients pay meaningful attention to all symptoms and patient responses to treatment rather than focusing primarily on treating a diagnosis.

To find a therapist near you, visit Psychology Today’s Directory of Therapies.

Is whole life insurance worth it?