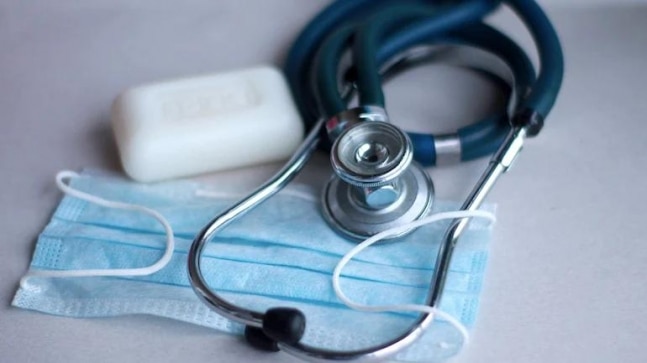 After surviving Covid-19, now is a fight to get medical insurance claims

India Today reports that some of the affected families are struggling with their bills and are at odds with insurance companies across the country.

Pooja Tiwari, a resident of Balaji Nagar in Akola, Maharashtra, tested positive in October 2020 and had to be admitted to the city’s Hotel Regency Covid-19 Care Hospital. Soon her husband and daughter also tested positive.

The medical bill, which included reports of blood, vials of Remdesivir and living expenses among other medical bills, came down to Rs 2.84 lakh.

Just when she thought her insurance company would come to her rescue, Pooja was disappointed when the company only covered expenses worth Rs 11,000.

READ ALSO : Long Covid a new threat? Answers to all your frequently asked questions during the doctors’ roundtable

â€œInsurance companies are only there to loot people. We had so much trouble. Our store was closed, there was no income either and on top of our suffering the system failed us, â€Pooja told India Today.

After much deliberation, Pooja sued the company and sent a notice to the court. The insurance company then settled the claim for an additional Rs 8,000.

Greater Noida resident Sanjeev Saxena also found himself in a similar situation when his wife was hospitalized after testing positive for Covid-19.

At the last minute, when he got no help from the compensation policy, he had to take out a credit card loan to pay the bills. His wife had to be admitted to a private hospital in May and was put on oxygen therapy and had to stay in intensive care for 15 days.

â€œWhen the woman was on oxygen, I didn’t want to fight with a health insurance company,â€ Saxena said.

His wife won the battle against Covid-19, but Saxena’s financial situation deteriorated due to bills worth Rs 6 lakh and indifference from the insurance company. The company neither paid the bill under the cashless program nor reimbursed.

Sudhir Aggarwal (60), a resident of Firozabad, Uttar Pradesh, was infected with the coronavirus in December 2020. He was treated at a people’s private hospital in Gurgaon. Upon his return after recovering, he requested insurance for the payment of his Rs 2.5 lakh bill from a private life insurance company.

READ: The Long History of Covid: If You Are Recovering From Coronavirus, It’s Normal

But the insurance company did not pay any claims or give a satisfactory answer. Aggarwal himself paid the hospital bill.

According to him, he had taken out this policy on March 31, 2018, for which he was paying continuous premiums. Even until 2021, he deposited the bounty.

â€œI first received treatment at MC Agarwal Hospital in Firozabad, they told me that your condition was bad, that there was a problem in your lungs. You should visit a good hospital. I rushed to the hospital in Gurgaon. There I was put on oxygen and after 10 days I was released, â€he told India Today.

“I had requested the medical claim, filled out the form, I also gave them the papers. They haven’t given any response to this day even though I submitted the claim. I gave all the documents.” , he added.

READ ALSO : Recovered from Covid-19? Here’s what to do and keep in mind

Aligarh’s Neeraj Aggarwal also faced a similar situation. He and his wife had tested positive and both were hospitalized. While the woman could not survive, he was treated for Covid-19 in Noida at a private hospital.

When he sent his bill to the insurance company after recovering, the company only covered 20-30% of the total bill of Rs 2.75 lakh. He had taken his medical policy from Star Health.

â€œWhen we sent our servant to pick up the claim, company employees finalized Rs 71,350 and sent it. After that we sent out many reminders to the company, did many tours but we have not yet received the full amount, â€said Neeraj.

â€œMy wife is deceased, she had a policy from another company, for which we had plenty of money but Star Health bothered us a lot,â€ he added.

In Rajasthan, the government has claimed that Covid-19 and black fungi will be treated for free under the Chiranjivi Yojana. Despite this, people got into debt because of the disease and the high cost of treatment.

Hansraj Panchal from Lesarda, in the Bund district, tested positive and died from a black fungus. After testing positive, Panchal was referred to a private hospital in Jaipur, where the bill had come down to Rs 7 lakh.

READ ALSO : Shadow of Long Covid: Why India needs to prepare for the long-term effects of the coronavirus

The family was already in debt and could not afford the facilities of the private hospital. Panchal was then transferred to a public hospital, where he took his last breath.

Panchal’s father told India Today: â€œHe is survived by two children. We will have to sell the house to pay off the loan.

â€œThe government says Covid-19 and black fungi will be treated if you have government health insurance, but despite that, no one is considering it,â€ Panchal’s brother said.

Rahul Sharma, a resident of Khandwa town, tested positive on April 25 and was in home isolation. But after his situation worsened, his family rushed him to a private hospital, which was also a Covid center in the city on April 30.

Doctors at the hospital performed an HRTC scan, it showed his oxygen level was dropping and a lung infection was 28%.

He was admitted to hospital the same day. Rahul told India Today he informed his insurance company of his situation on May 1 and the company asked him to send the bills and the hospital discharge receipt. Rahul said invoices and documents were sent to the company on their app.

ALSO READ: India should receive at least 4 new vaccines against Covid-19 by the end of 2021 | Details

The bill amounted to Rs 80,000, including the treatment, the rent of the hospital room, the multiple tests and the drugs. But Rahul said despite repeated attempts, the company has not responded to the claim or paid the money. â€œIt’s not a small amount for me as I don’t do any work these days and took a gold loan to pay the hospital bills,â€ Rahul said.

He also claimed he had to pay monthly interest on his gold loan now for the second month. Rahul is now considering going to consumer court because he feels cheated and has no other choice.

Amit Kumar Pandey, medical insurance agent for Star Health and Allied Insurance Company in Varanasi, said all of his clients had suffered the same fate. He told India Today that despite having a cashless facility, during that time no hospital was prepared to treat Covid-19 patients with a cashless payment method.

“So the insured were admitted to hospitals by paying cash, thinking they would be reimbursed the money by the insurance company.”

READ ALSO: PM Modi congratulates scientists for developing Covid-19 vaccines made in India in one year

Although experts have said that insurance companies cannot reject claims, people need to know the procedures and have the proper documentation.

Ashish Jhamb, director and COO of Infina Insurance Broking, told India Today: â€œThere are well-defined guidelines, so an insurance company cannot say no to a Covid-19 claim. People need to be aware and have the proper documents.

“The problem comes from hospitals that do not properly inform patients and do not guide them properly,” he added.