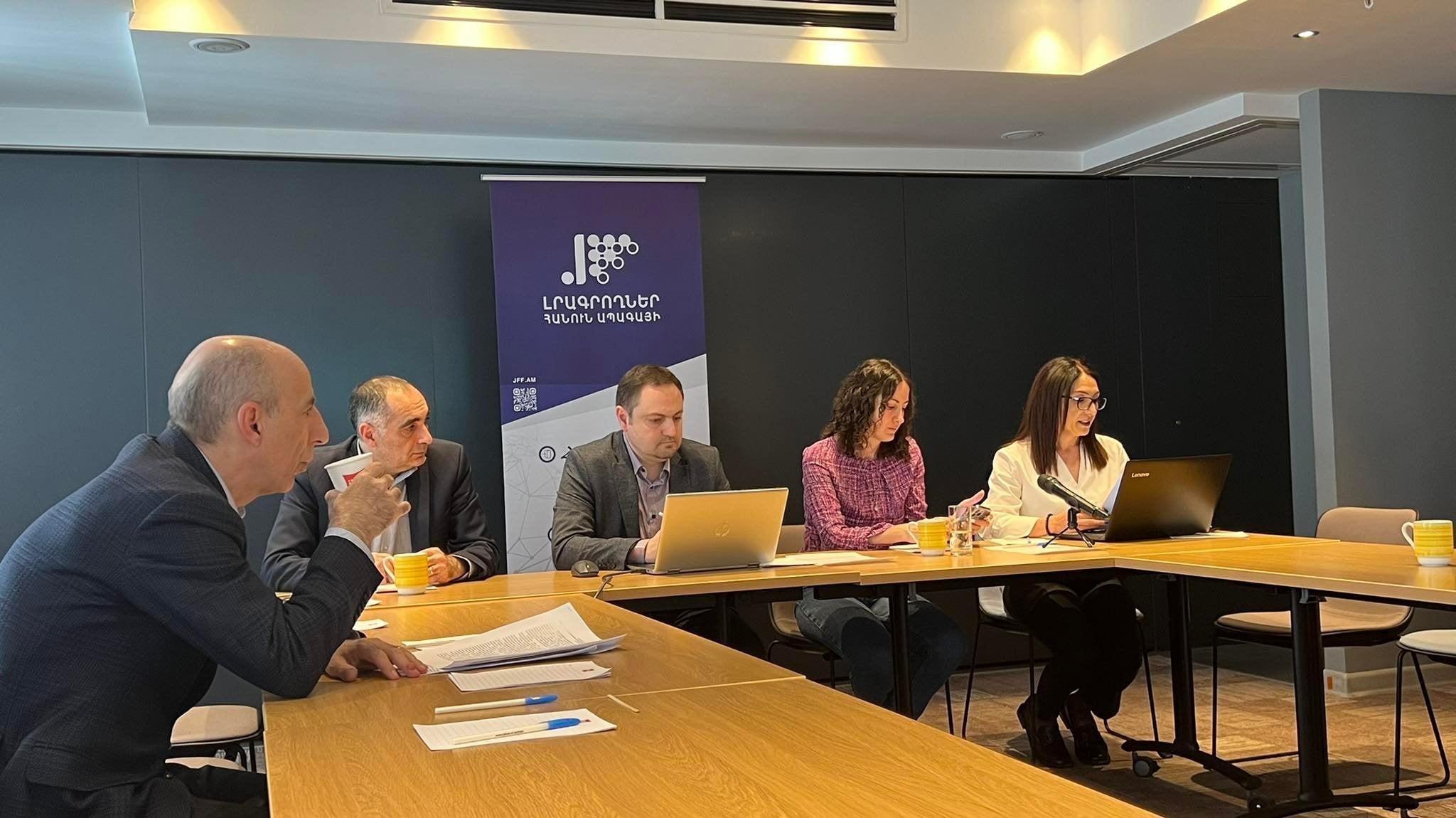 Officials from the Armenian government’s health sector were conspicuously absent at a roundtable today in Yerevan regarding a comprehensive medical insurance system that the current administration plans to introduce in 2023.

The administration says such a system is urgently needed given the high medical costs in Armenia.

The NGO Reporters for the Future organized the roundtable and invited Armenian Deputy Minister of Health Lena Nanushyan to describe the insurance system in more detail.

Nanushyan arrived at Hotel where the panel was to take place but quickly left the building citing “unforeseen circumstances”.

Varduhi Petrosyan (Dean of the AUA Turpanjian College of Health Sciences) and Davit Melik-Nubaryan (Lecturer at the Department of Public Health and Health Management at Yerevan State Medical University) have confirmed their participation but never showed up. An invitation has also been sent to the National Institute of Health.

NGO representatives constituted the majority on the panel. The only government representative was Ara Sinanyan, a specialist from the Standing Committee on Health and Social Affairs. He, too, was intrigued by the absence of health officials.

In 2019, the Armenian Ministry of Health introduced the idea of ​​compulsory medical insurance for all citizens, which was widely criticized. The talks on the introduction of the system then stopped. In April 2021, a working group headed by Lena Nanushyan was formed, which continued to work in this direction and drafted a bill. To date, it has not been published.

In February this year, Reporters for the Future conducted a survey of the planned comprehensive health insurance system to find out who would pay what and whether medical expenses would fall as a result.

Participants in today’s panel said that the Armenian health sector is not ready to move to comprehensive health insurance, whether in terms of infrastructure, personnel or financial resources.

The director of the NGO Law Development Center, Violeta Zopunyan, believes that many issues need to be resolved before such a system can be adopted in Armenia.

A member of the Public Council of the Ministry of Health, Zopunyan has participated in several ministerial discussions on the system but does not consider them sufficient. She says it remains to be seen which body/agency will operate and oversee such a system and cites the shortcomings of health care sector reforms to date as evidence that such structural changes need to be well-drafted and debated.

Paylak Tadevosyan, chairman of the taxpayer protection NGO, said no one knows the basis on which the health ministry drew up the bill for such a system. Zopunyan added that during discussions on the subject at the ministry, no research was presented

According to the 2019 plan, it was planned to collect a health tax (insurance premium) only from employees at 2-6% of income. According to the new version, 6% will be taxed – 3% by the employer and the employee. Self-employed people (private contractors, those involved in agriculture, etc.) will pay a fixed fee.

Tadevosyan believes this will be a financial burden for workers and employers. He also thinks that it is unfair to ask employees to contribute to an insurance system which will be used by the unemployed.

“To make the insurance system work, extensive calculations must be made and the types of insurance must be clearly distinguished,” he said.

Photos of the NGO Journalists for the Future

If you found a typo, you can let us know by selecting the text box and pressing CTRL+Enter