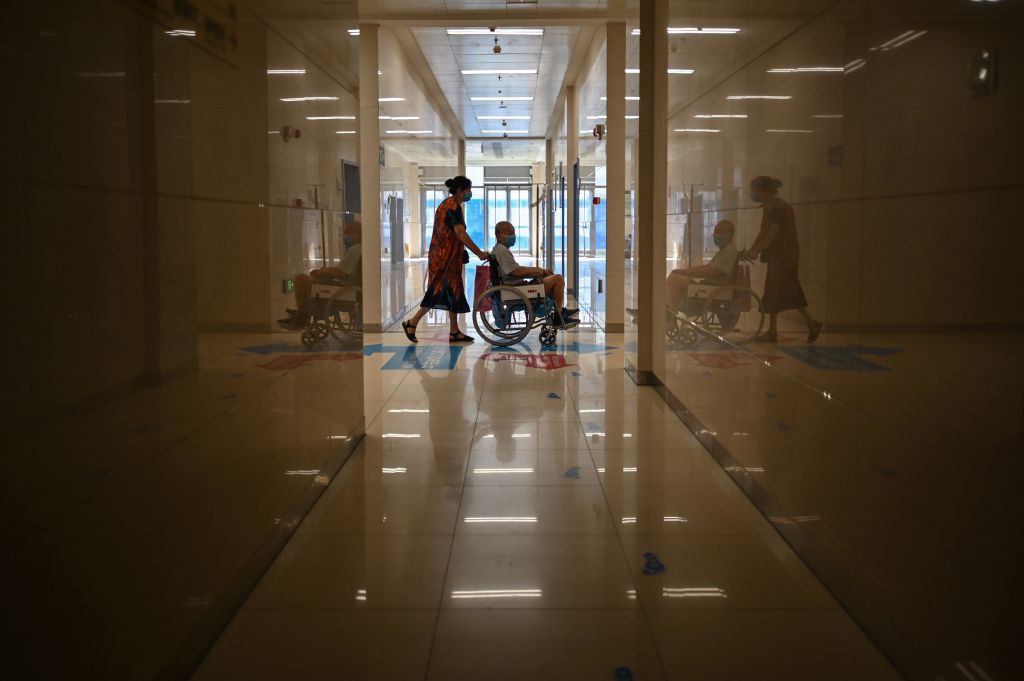 China’s health authority has issued a rare response amid growing public concern over the lack of money in the national health fund due to repeated testing for COVID-19 and rising hospitalizations due to the pandemic.

Given the Chinese regime’s history of lacking transparency, it is rare for its health authority to disclose the status of the fund.

The NHSA disclosure was prompted by some Chinese online communities questioning why certain drugs had been taken off the reimbursement list by some local governments. Was it because there was not enough money in the health insurance fund?

In the statement, the health authority said the fund “has broken even [last year]with a slight surplus,” adding that “the magnitude of revenue and expenditure is in line with the level of economic development,” according to Reuters.

However, public concerns remain as recent changes in healthcare policies force people to pay more for the same coverage or sometimes less.

Although the NHSA has tried to reassure the public by disclosing the health care fund balance for 2021, questions and concerns remain about the accuracy of the figures, such as why the local health authority in Guangdong extended the global contribution period for medical insurance.

Extension of the insurance contribution period

At the end of June, the Guangdong Provincial Health Care Security Administration updated the number of years required for the contribution period: 30 years for men and 25 years for women as of January 1, 2030.

With the contribution time greatly extended, some Guangdong residents fear they cannot afford to complete the required 25 or 30 years of contribution before retirement. The overall contribution period is one of the mandatory criteria for accessing free healthcare after retirement; otherwise, people must continue to contribute to health insurance funds even after retirement.

The Guangdong health authority said the extension of the overall contribution period should meet “the [new] NHSA requirements [and that the province] was neither the first nor the last province to implement this change.

Albert Song, a news commentator and expert on China’s financial system, told The Epoch Times that the health insurance fund may be in the dark, but it’s “stealing from Peter to pay Paul.” to settle one debt by incurring another.

“Regional disparity is a widespread problem in China’s economic growth. The southeast coast is more developed than the interior regions of the northwest due to higher incomes and better funded resources. Beijing must then allocate funds to these poorer or less developed areas,” Song said.

“The Chinese Communist Party (CCP) Takes Measures to Delay a Fund Shortage Crisis [when they can’t pay out those medical coverages]; an example is the lengthening of the contribution period to the fund.

“Recently, the 2021 data on average wages at the provincial level was released. Average wages are closely linked to the contribution to the social security fund. Although the data showed an increase in salaries, this has little to do with the real income of ordinary people, since the income of civil servants and some public companies is much higher.

Despite the NHSA’s assertion that the 2021 national medical insurance fund was in the black, Bingwen Zheng, a Chinese researcher and academic, said in March that the fund would be in the red in 2024.

Zhang is director of the Chinese Academy of Social Sciences, one of China’s top research institutes.

He said that the employee medical insurance fund in China will be in deficit in two years, according to the forecast of relevant data. He further explained that the increase in the number of pensioners would significantly increase the demand on the health insurance fund.

Kathleen Li has contributed to The Epoch Times since 2009 and focuses on China-related topics. She is a professional engineer, registered in civil and structural engineering in Australia.