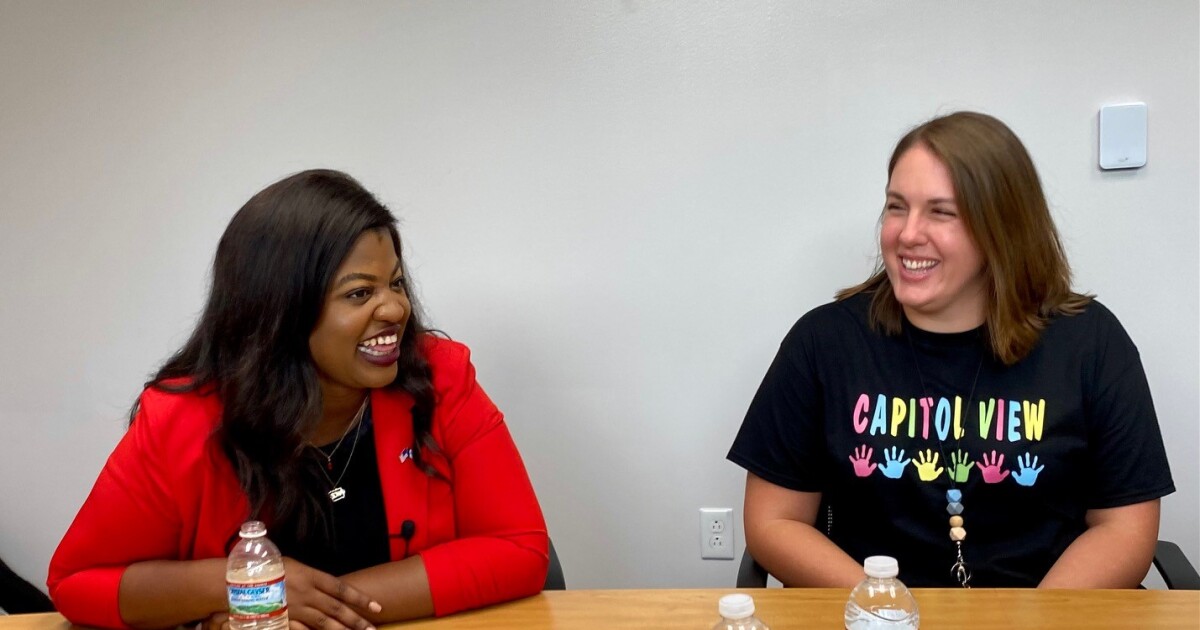 “We have over 95% of our students in the state, in a public school system,” she said. “And we need to make sure the system works in a way that prepares them for a future without limits.”

DeJear said she chose her education project to be his first political announcement “because it is essential”.

She is offering to immediately send $300 million to public schools from the state’s projected budget surplus of more than $1 billion to help make up for what she said is a funding shortfall from the Kindergarten to Grade 12 in recent years. DeJear is also proposing a minimum 4% annual increase in base funding per public school student.

“Our governor is defunding these systems and starving them in such a way that people are raising their hands and saying, ‘So we still have to make do with what we have?’ Isn’t that critically important to the success of the state and the future of the state? “, she said.

Republican Gov. Kim Reynolds has proposed a 2.5% increase in per-student funding for the current school year.

DeJear said her education plan includes all Iowans, and she said that sets her apart from Reynolds. She said focusing on public schools, which educate the vast majority of Iowans, differs from Reynolds’ drive to divert public school funding to pay up to 10,000 students in private schools.

“Under Governor Reynolds’ leadership, Iowa students are on a better path,” Kaufmann said. “Iowa students have been empowered to learn and work alongside their peers, instead of falling behind like students across the country. With a strong budget surplus, historic tax cuts and more money going to public education every year, Iowans should vote on facts, not the Democrats’ false promises.

She said she wanted to focus on helping not just the students, but also their families.

“I love that you consider families and parents a critical part of this process as well,” said Adriyel Mondloch, community school coordinator at Capitol View Elementary. “…It really takes everybody working together, but we need this common vision, we need this common goal.”

She said she wants to work towards establishing at least 30 hours a week of pre-K for every 3- and 4-year-old child to prepare them for school and help parents stay on the job. labor market. DeJear’s plan also includes ensuring there are mental health counselors in every school and reinvesting in trades programs in public schools.