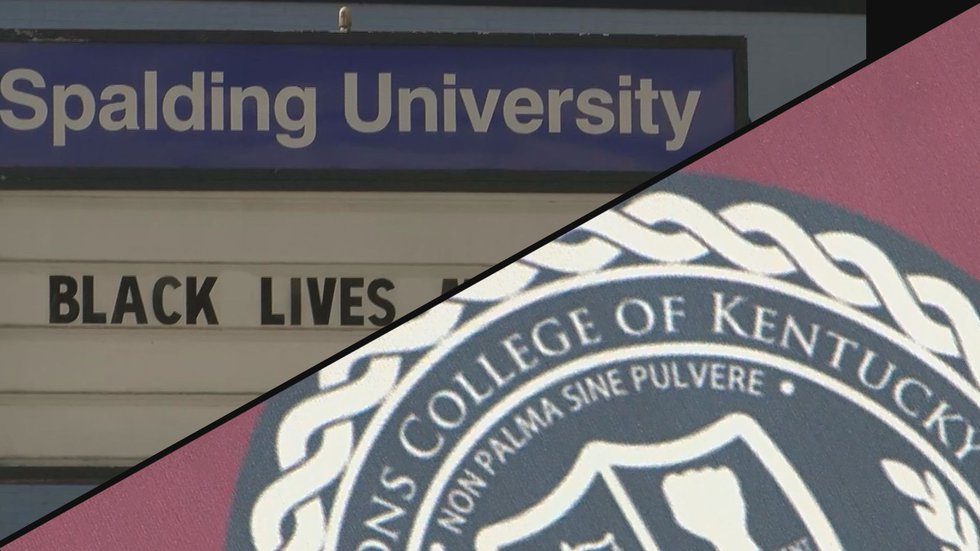 LOUISVILLE, Ky. (WAVE) – A monumental agreement between two of Louisville’s downtown colleges could change the landscape of higher education in the city.

It’s been a long time coming, but it finally became official on Thursday. Simmons College and Spalding University have signed the agreement which promises to help each other moving forward.

“We’ve partnered with Simmons very quietly in the past,” Spalding Chairman Tory Murden McClure said, “but it’s time to step out of the shadows.”

Simmons chairman Dr. Kevin Cosby said Spalding has always supported their mission, but the deal reached on Thursday is significant.

“Together, our two institutions are seeing what’s possible,” Cosby said, “and it’s going to have a big impact in our city, our nation.”

The two colleges are separated by a block, but have sometimes been on uneven playing fields. Simmons is a historically black college, while Spalding was once prohibited by law from admitting black students.

However, times have changed. Both institutions attempt to provide proper education to all who seek it.

The agreement signed Thursday is divided into three parts. The first is student life and engagement, for things like housing and student activities. The second is for university programs, which include a shared library plan and an investment in Simmons’ teacher training program. The third part is about campus and fiscal affairs, which includes working together on things that will benefit both campuses, like security.

Kia Moore, a senior at Simmons College, is originally from Louisville. She graduates in May and then heads to Spalding for her master’s degree.

Moore said she wanted to open a childcare business, which is a career field in which the city lacks skilled workers.

She said the partnership between the two schools will help Louisville.

“It opens a lot of doors,” Moore said, “because when you work together, great things happen.”

Simmons and Spalding hope to continue helping students of all backgrounds for years to come.