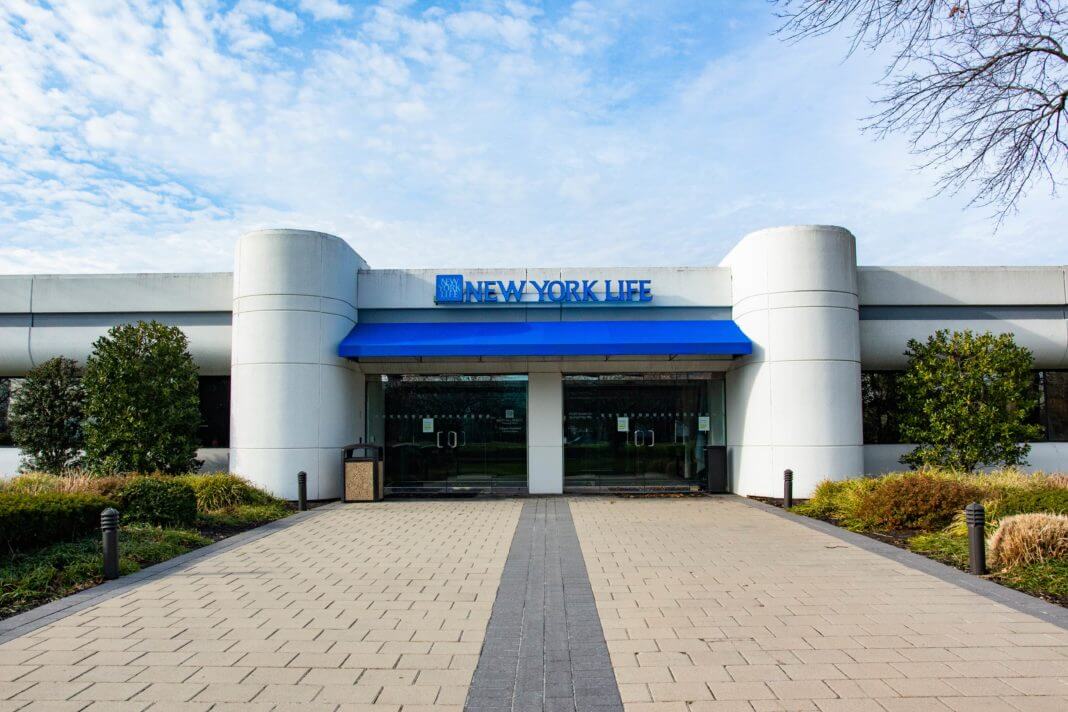 New York life insurance strives to always keep humanity at the forefront of all corporate decisions and actions.

“We’re selling something from a life insurance perspective that’s intangible,” says Frank Boccio, chief operating officer of the company’s Long Island general office. “For someone to take action and buy a font, we’d call it the ultimate love letter.”

Based out of two Melville offices, New York Life’s Long Island general office also has offices in Jericho, Medford and two in Brooklyn and Flushing.

Don’t let the name fool you: New York Life has 110 sales offices across the country and 11,000 employees. Ranked 67th by total revenue on the 2021 list of America’s largest Fortune 500 companies, New York Life is now the third-largest life insurance company in the United States.

“Life insurance is the lifeblood of what our agents do, but the majority of our agents are also FINRA-registered representatives,” says Boccio, referring to the Financial Industry Regulatory Authority, which allows them sell securities, annuities and mutual funds.

“We see ourselves as a holistic planning company,” Boccio says of the company’s comprehensive retirement planning strategies.

As for the next 177 years, New York Life’s goal will remain the same: to bring financial security to the community.

“At the end of the day, we keep doing what we’re doing because it’s necessary. Insurance and retirement planning aren’t going away,” says Boccio.

Life insurance, of course, is a tricky subject that New York Life counters by providing its agents, many of whom live in the communities they serve, with a robust training program.

“When we hire our agents, they are considered career agents with us,” says Boccio. “Because of this, we take our training very seriously.”

Discussing people’s finances, premature deaths or financial insecurity in retirement are all very sensitive topics, Boccio says. “So we have to make sure that our employees are very well trained to handle these types of conversations.”

This training program is, in fact, what sets New York Life apart from other agencies.

“Our training is second to none,” says Boccio. “We have appointed development managers or trainers and their job is specifically to train new agents and continue to develop our existing agents as a resource for them.”

The Long Island general office has an administrative and management team of 100 people and 700 insurance and financial advisors, many second and third generation employees, some of whom have been with the company for four or five decades.

“We have a very family culture. People are really embracing it and I think it helps keep our organization together and the people here,” Boccio says.

But in the end, says Boccio, it’s all down to New York Life’s shrewd advisers.

“It’s their hard work and dedication to their profession that even allows us to have the success that we have,” says Boccio. “Without our agents, we are not where we are today. These are the people who built the organization and they are the ones who will take the organization forward in the next 20, 30 and 40 years.

New York Life also offers many opportunities for advancement, with most people starting as agents/advisors and moving into management positions, from development managers to recruiters, partners, or being promoted to other offices of the company. Boccio himself worked as an agent for the company for 15 years, before being promoted to his current role six years ago.

A nurturing corporate culture is evident in the many rave reviews received by the Long Island Press‘ Top Workplaces Confidential Survey of New York Life Employees.

Ratings of why employees liked their jobs ranged from “Compensation, flexibility, benefits” to “I like protecting families”, “I can be as successful as I want”, “I have a margin of unlimited growth”, “I have the right to be myself” and “My job loves me”.

Due to the overwhelmingly positive response from New York Life’s Long Island General Office staff, for the third year in a row, it ranks #1 among large companies on Long Island.

Financial focus: Do you have adequate life insurance? | Local News