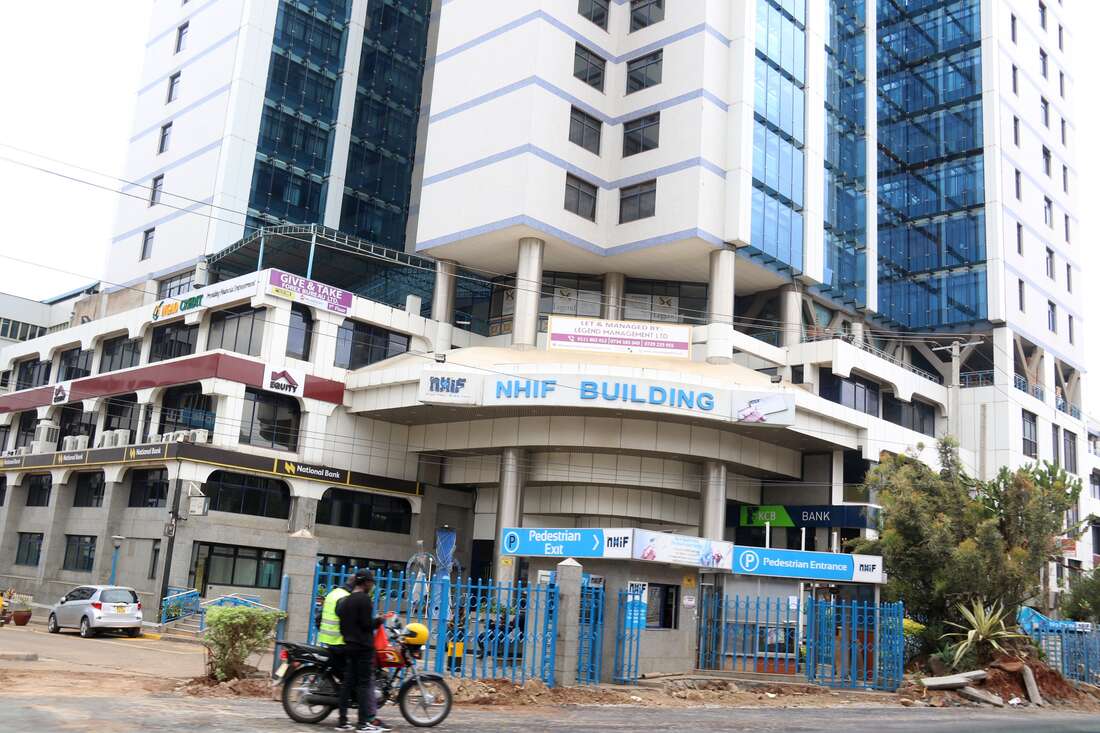 The board and chief executive of the National Hospital Insurance Fund (NHIF) are locked in a fierce fight over lucrative secondary school medical coverage whose implementation has been shrouded in controversy.

Chairman of the board Lewis Nguyai and CEO Peter Kamunyo have differed over the revocation of the contracts of some 17 healthcare providers under the program, according to correspondence between them.

The NHIF audited contracted healthcare providers between February and March 2022, which Dr. Kamunyo said in documents viewed by Business Daily found irregularities with the comprehensive medical program for secondary school students, popular under the name of EduAfya.

Dr Kamunyo (left) says that by acting on investigation reports he canceled vendor contracts, a decision the council challenged on the grounds that it was beyond its powers.

“In light of this, the NHIF has deferred offering you the healthcare provider contract for the 2022-2024 contract cycle based on the investigation reports,” it said in the letters dated 30 August 2022.

Sources familiar with the matter say Mr Nguyai has since ordered Dr Kamunyo to restore the facilities on the grounds that the CEO unilaterally terminated them without following due process.

The affected health institutions wrote a protest letter to Mr Nguyai, saying the NHIF CEO had failed to provide them with details of the alleged irregularities.

Under NHIF law, revocation of health care provider contracts is the responsibility of the board.

The law requires the board to notify the health care provider in writing of the proposed revocation stating the reasons for the decision, to which the institution in question must respond in writing within seven days.

The council is then required to publish the names of the health care provider whose contract has been terminated in the Kenya Gazette and in at least three newspapers with national circulation.

Mr Nguyai reportedly said the NHIF CEO failed to follow procedures. Dr. Kamunyo had not answered our questions at press time. The EduAfya program controls billions of shillings as the government pays premiums of 1,350 shillings for every student in public schools.

The program was unveiled during the second term of former President Uhuru Kenyatta and was part of the Jubilee administration’s Big Four program to deliver Universal Health Coverage (UHC).

To implement the scheme, the Department of Education contracted the NHIF to provide medical insurance to learners for the duration of their studies to ease the burden of healthcare for parents and guardians.

Under this scheme, the government pays a premium of 1,350 shillings which is deducted from the learner’s capitation to enable them to access outpatient, dental, inpatient, optical, emergency, road rescue and abroad.

The money is part of 64.4 billion shillings allocated for free day secondary education for the year to June 2023.

Medical coverage is for any student who is in a public secondary school captured in the National Education Management Information System (NEMIS) database and registered with the NHIF.

Differences between NHIF management and board could affect implementation of UHC, at a time when some 660 hospitals have threatened to withdraw outpatient services in protest at capitation rates and delays in signing contracts.

Faith-based organizations and the Association of Rural Private Hospitals (RUPHA) claim that NHIF branches ask for bills showing 1,000 shillings rather than the agreed 1,400 shillings per beneficiary per year.

Similar wrangling at the NHIF was seen in 2012 when then-president Richard Muga suspended chief executive Richard Kerich and five other officials.

Part of the problem at the time was claims that senior NHIF officials had paid a private company to run clinics that the insurer had not seen or inspected.

Then Prime Minister Raila Odinga suspended the entire board – reversing a decision by Medical Services Minister Anyang Nyong’o – to pave the way for a forensic audit.