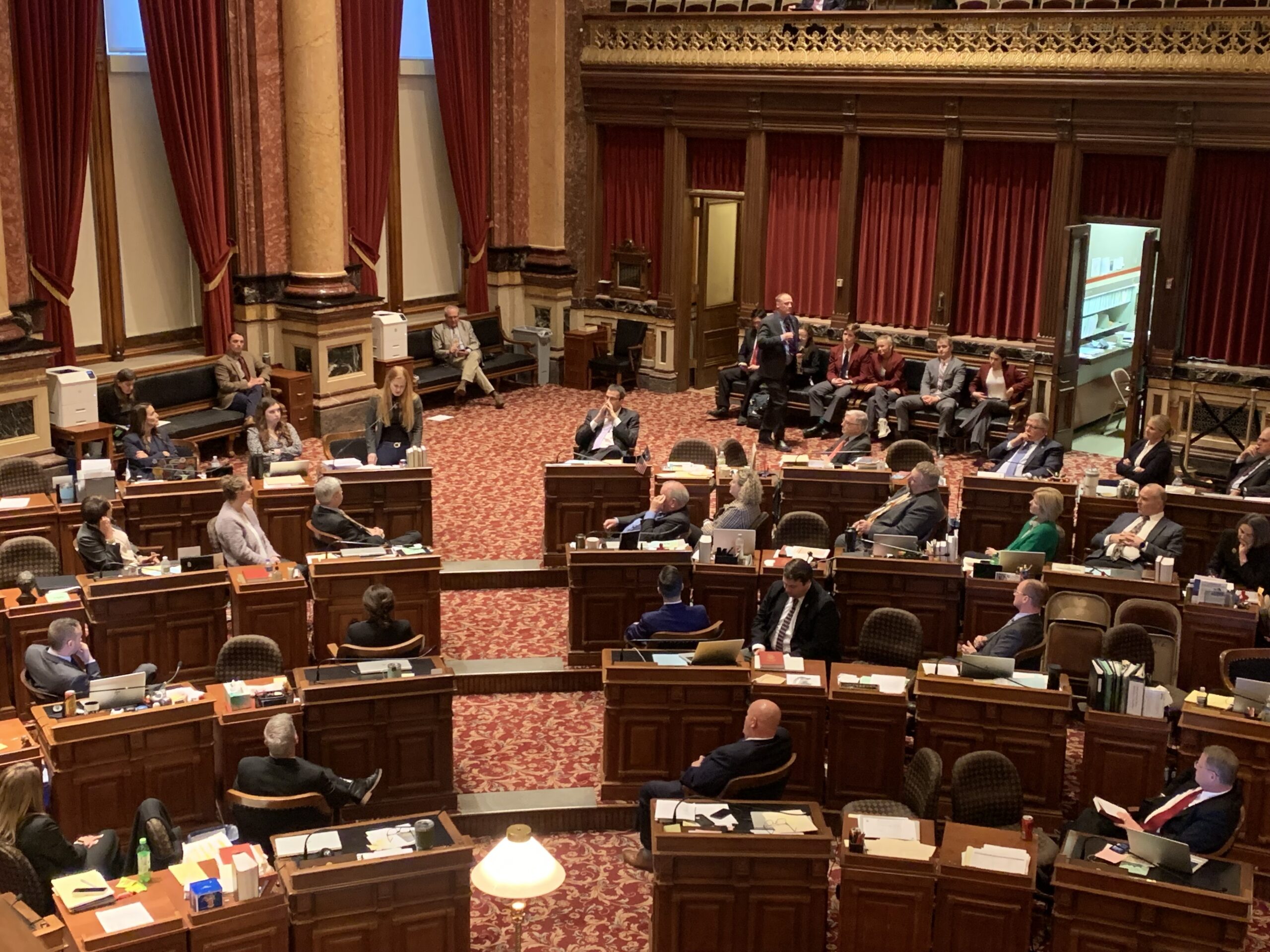 Iowa students could use state funds to pay private school tuition under a bill passed by the Iowa Senate on Wednesday.

Republican supporters of the proposal said school changes during the COVID-19 pandemic have engaged parents, bringing renewed attention to school choice and parental control. Senator Amy Sinclair said it was elitist and “borderline racist and classist” to restrict private school attendance only to families who can afford it out of pocket.

“There is no one-size-fits-all solution when it comes to student success,” said Sinclair, R-Allerton. “Only parents…should be the ones given the opportunity to determine their child’s educational future.”

Senate File 2369 is a modified version of Governor Kim Reynolds’ education proposal. This would allow some public school students to use part of their state per-student funding allocation for tuition or other educational expenses in a private school.

Reynolds said she would “continue to be optimistic” about the bill’s chances of passing the House, where a similar proposal failed last year.

“Every day when I talk to parents, it underscores how important it is to give parents choice over their child’s upbringing, to choose an environment that’s supportive of them,” Reynolds told reporters Wednesday morning. “And it shouldn’t just be available to people who have the resources to do it. This is fundamentally wrong.

Get morning headlines delivered to your inbox

Students who have an Individual Education Plan (IEP) or families who earn less than 400% of the federal poverty level would be eligible to use public funds to transfer to a private school.

The bill also requires schools to share all classroom materials and student records with parents. Parents would have to provide written consent before a student engages in any “sexually explicit material,” a term the bill defines at length.

“The idea that we would take resources away from public education to improve the way we educate our students is irrelevant…Why on earth would we give private schools our taxpayers’ money when they don’t have commitment or responsibility to educate all Iowa students?” Wahls asked.

Democrats have proposed several amendments, including one that would eliminate private school scholarships entirely. Another Democratic proposal would allow scholarships to stay, but it would require the same transparency standards for private schools as public schools and charter schools.

Sen. Herman Quirmbach, D-Ames, questioned why parents would have “less rights” in private schools, which would not be subject to many of the transparency requirements the bill sets for public and charter schools.

Sinclair responded that non-public schools had the same requirements for teacher licensing, but transparency requirements were unnecessary because parents already had more control over private schools.

“Nonpublics are ruled by parents,” Sinclair said. “Parents are the ones who determine what happens in this school.”

All Democratic amendments failed in the Senate.

What’s next for scholarships? What happened before?

History could repeat itself at the Iowa Capitol.

Reynolds proposed the private school funding program and changes to Iowa’s 2021 charter school process. She used now-familiar lines in her 2021 State of the State address, mobilizing for “school choice”, including for those who do not have the financial means to attend private schools.

Both houses passed proposed changes to charter schools, allowing private groups to establish charter schools outside of local school district boundaries. But the other half of Reynolds’ proposal — the private school half — faced challenges.

The Senate passed a private scholarship bill in the first weeks of last year’s legislative session. This bill, Senate File 159only allowed students from underperforming districts to use public funds to transfer to a private school using per-student funds.

The House examined scholarships in sub-committeebut never moved forward on the proposal.

In January, Reynolds again called for parental choice in education.

The newly amended governor’s bill faces an uncertain future in the House, where lawmakers have moved another school transparency bill, without scholarships, on Tuesday evening. The Chamber took little action on private scholarships this year.

The debate on “obscene” documents was a theme of the session, stimulated by the controversy over certain books in school libraries. Some parents and a handful of lawmakers, including Senate Speaker Jake Chapman, have advocated for legislative change on the issue, including criminal penalties for teachers or librarians.

“There has been a coordinated effort to stir up disgust for public schools in Iowa. This year we have seen an all-out attack on Iowa public schools for handing over millions to taxpayers with no oversight or accountability.

The bill passed on Wednesday would not include any criminal penalties for teachers or librarians who provide “obscene material”. Instead, it would define “explicit sexual material” as content that, with specific reference to minors,

Sen. Jim Carlin said the bill would allow parents to protect their children from philosophies or policies that parents might disagree with. Carlin, R-Sioux City, railed against schools for closing or requiring masks during the COVID-19 pandemic, and he criticized books in the school library that “could make a wild hog vomit.”

“I have far graver concerns about a left-wing agenda to indoctrinate and sexualize identity for children than for parents,” Carlin said.

Everything you need to know about the unit-linked insurance plan

Humans are quick to purchase medical insurance for themselves. But what about animals? Is pet insurance worth it and how do you choose a plan? | Cover collections