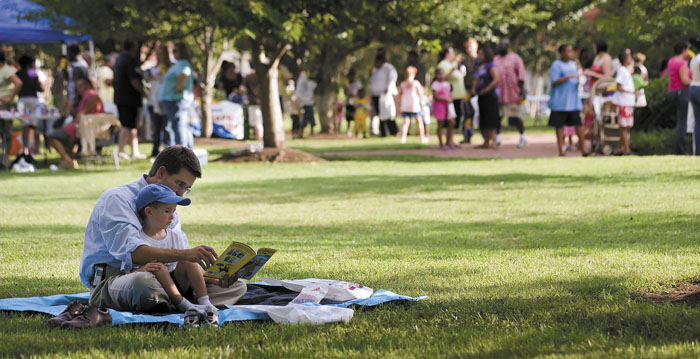 SPENCER — Spencer has adopted a new 10-year plan for its parks that emphasizes trails and gathering places.

The plan was created by the urban planning and architecture firm Benesch at the request of the city. The company surveyed the city and held drop-in workshops to get a feel for some priorities, and the walking trails as well as park amenities like picnic shelters, gathering spaces and playgrounds games came out on top.

The company also surveyed the level of support for different efforts, and 73% of respondents indicated that a park or green space in the city center was something they would be most willing to fund with the money. taxpayers.

The results also pointed to financial hardship, emotional isolation and grief as the hardest part of recovering from the COVID-19 pandemic. The survey also identified four general issues that respondents want the city to work on:

Ultimately, the plan makes a long list of recommendations for parks and recreation, including the development of a new park downtown as well as in the northwest part of the city, the addition of fitness opportunities, expanded gathering places and improved playgrounds.

For trails, the plan recommends working with Rowan County and Salisbury to expand greenway connectivity and improve connectivity between parks and city neighborhoods, schools and businesses. The plan would add more sidewalks and bike lanes and develop a trailhead on the city side of the Yadkin River.

The presentation was accompanied by a cost estimate for the first phase of the new park: $1.175 million, including a contingency fund.

Some of the points in the recommendations are familiar topics for the city. The Board of Aldermen is actively supporting the construction of a park on its existing Park Plaza property and the development of a trailhead that will connect to the city and complement work on the Davidson County side of the Yadkin.

The city also received private donations to help fund both projects and contracted Benesch to design them.

EThe plan also makes recommendations for city programming and facilities, including completing an Americans with Disabilities Act assessment of each park, ensuring that all facilities are accessible with necessary parking.

On the programming side, the plan recommends “educational, healthy and active programs and opportunities for all ages and abilities, especially fitness and exercise equipment.” It specifically mentions the addition of a splash pad and fitness stations.

The plan indicated priority projects for the next 10 years. The new downtown park tops the list with improvements to Rowan Park, the baseball stadium and the construction of a new greenway.

The current plan is required to apply for a grant from the North Carolina Parks and Recreation Trust Fund. The city will apply for the grant early next month and could receive up to $500,000 to fund the new downtown park under the program.