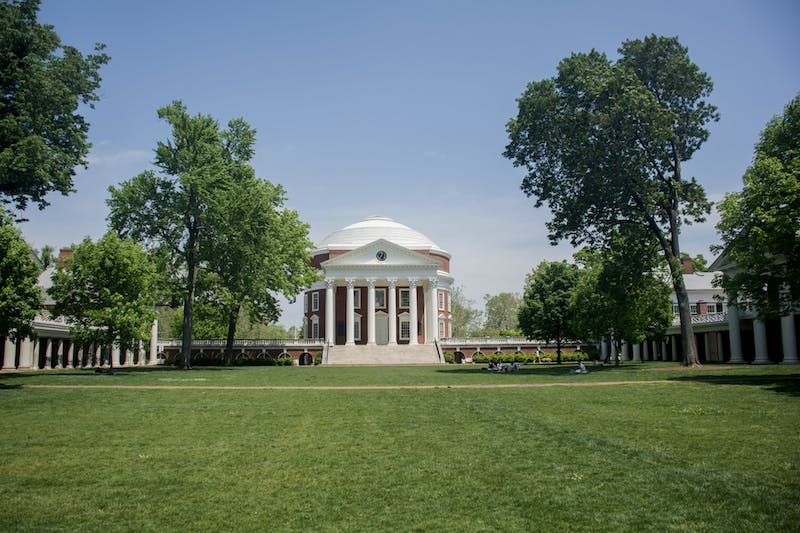 The Faculty Senate meets to discuss the future of teaching at U.Va. – The Daily Rider

The University Faculty Senate met Thursday on Zoom to discuss a range of topics relating to academic well-being at the University. Senators discussed and voted on a number of topics, including dropping Collab University’s e-learning platform, faculty vaccine requirements, the Karsh Institute of Democracy and a new budget model that allows for better multi-year planning.

The Faculty Senate is a conglomerate of more than 80 faculty members from all schools in the University, created with the aim of addressing academic functions, including degree programs, changes in major requirements and all actions affecting the faculty of the University. The Senate also advises University President Jim Ryan and the President and Visitors Council on issues of the educational and academic well-being of the university community.

The Senate is made up of professors, assistant professors and associate professors who are elected in their respective ranks by the rector and the council of visitors. These members come from the many constituent schools of the University and hold four-year terms. Some members of the Senate have ex officio status, that is to say they retain purely representative functions and do not have the right to vote. These members include Ryan, University Librarian John Unsworth and the various Vice Presidents and Deans of the University.

Susan Kirk, Associate Professor of Medicine and Chair of the Faculty’s Senate, began the meeting with a vote on approving the minutes.

Philosophy professor Brie Gertler – who is currently Acting Dean of the College of Arts and Sciences and executive sponsor of the Learning Management System project – then proposed that the University find new instructional technology for everyone to use. schools replacing Collab, the University’s current online course management and collaboration system. The Learning Management System Project is a faculty created by provost Liz Magill in June with the aim of identifying and implementing a new learning platform for the university.

“Collab doesn’t have all of the features that we want our students and faculty to have access to,” Gertler said.

Collab is based on open source software developed by the Sakai community. All universities that currently use Sakai other than Duke University are working to replace it, citing that it rarely receives updates after losing much of its market share. Additionally, users said its interface and functions are often confusing for instructors and not as adaptable to the specific needs of a university as Canvas, another popular learning management system.

“We want the best, easiest, most transparent, and most accessible experience for our undergraduates,” said Gertler.

Gertler said that as more than half of students take classes at multiple schools across the university, they often have to navigate different learning management systems, which has made it more difficult to complete classes. Most of the college’s schools use Collab, but some, like the McIntire School of Commerce, use Blackboard, while the School of Education uses Canvas.

“The tools integrated into each of the [the learning management systems] are different tools so [students] need to master different tools for different classes, so they said they would love to have an LMS that they can use in all of their classes and throughout their time here at U.Va. Said Gertler.

After analyzing the results of the focus groups and a survey sent to all faculty in the University other than the medical school, the project will send inquiries to potential companies to see if they would be able to accommodate all of the needs of the University in their programs.

School of Education senators have expressed concern that moving to another platform so soon after the School of Education recently adopted Canvas would make it difficult for instructors to seamlessly continue with lessons. Others feared moving quickly to a new system without being sure it was the right choice.

Many members of the Senate expressed support for the new universal learning management system, Canvas, a very popular learning management system used by universities and high schools across the country. Many actively working School of Education students are more familiar with Canvas because they use it both in their classes at university and with the students they teach.

The Senate also addressed the faculty’s new vaccine mandate which was announced Thursday. Due to a recent executive order from President Joe Biden, the University now requires all faculty members to be fully immunized by December 8, unless they have a religious or medical exemption. This mandate does not apply to contract workers, volunteers or visitors to the University.

Magill then spoke about the University’s new Karsh Democracy Institute, which was established in June with a donation of $ 50 million and is intended as a place to study the teaching and promotion of democracy. The physical building will be located on the Emmet-Ivy corridor.

Rob Patterson, associate professor of commerce and general coordinator of the faculty of communication, questioned whether the new institute would foster diversity in political deliberations and the exploration of ideological diversity.

Magill replied that this is something the institute hopes to achieve.

“One of the objectives of the Institute for Democracy is to provide [the University’s existing political institutes] together, ”Magill said. “Your question on are we able to have civil and reasoned conversations across the lines of all kinds of differences, differences in identity, partisan differences – this is something that is very much to the point. agenda of the institute. ”

“I think the changes in the budget are a tremendous step forward for the University in many ways,” said Magill. “[The new model is] is going to make multi-year planning really possible because we’re going to have a level of predictability that we didn’t have before and our systems didn’t allow it.

Magill said that by creating better revenue forecasting models, the University will be able to improve its multi-year planning, which will be monumental in establishing longer-term projects at the University.

Before the meeting was over, Ryan apologized for missing the meeting due to scheduling conflicts. The next and final Senate meeting of the semester will be on November 16.