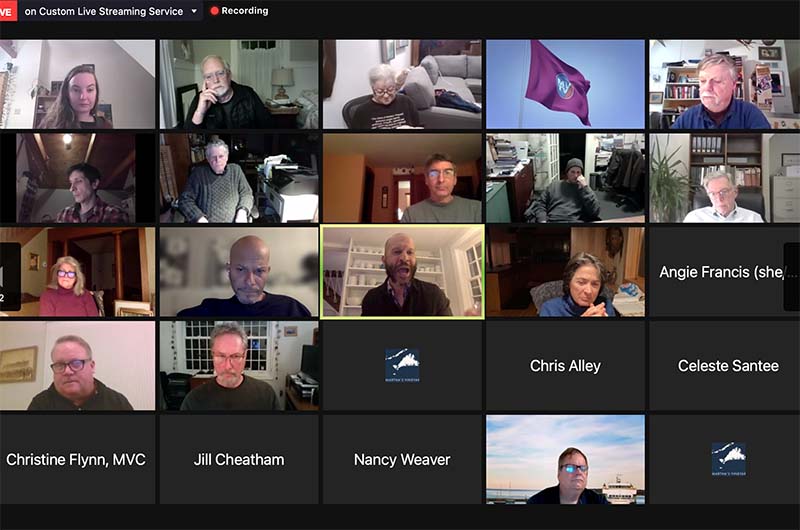 The Martha’s Vineyard Commission closed a public hearing Thursday on the first phase of a master plan for the Island Grown Initiative after discussing nitrogen mitigation and a plan to protect land features important to the Native American culture.

IGI is located on the old Thimble Farm, covering 40 acres in the Iron Hill area, off the Edgartown-Vineyard Haven road. The non-profit educational farm spans four towns and is located in the Lagoon Pond watershed.

South Mountain Co. of West Tisbury is the architect and builder of the project.

The VMC reviews the project as a development with regional impact (DRI). A public hearing opened last month on plans to add a 3,200-square-foot education and innovation center and two buildings to house farm workers. The new center will include offices for staff. A septic tank eliminating nitrogen is planned to allow the enlargement. Additional mitigation measures were introduced on Thursday, which will involve upgrading two septic systems outside the farm, but within the Lagoon Pond watershed. The systems have not yet been identified, said IGI spokesman and South Mountain founder John Abrams.

The farm has been identified as a sensitive archaeological site, and Thursday’s discussion also focused on a report from the Public Archaeological Laboratory. After excavations at the location of the two proposed housing buildings, PAL identified five Native American cultural features to avoid and recommended that IGI develop a protection plan, according to a staff presentation.

Mr Abrams told the commissioners that the farm should be able to avoid four of the features without altering its building plan.

“The archaeological part is really, really simple,” Abrams said. “We can meet all PAL recommendations 100%.”

The PAL report will not be made public out of concern for the protection of sensitive archaeological resources. Responding to questions from the commissioners later in the hearing, IGI General Manager Rebecca Haag described the farm’s strong commitment to respecting the land.

“IGI is committed to doing a historical review of this farm even before we develop this construction project,” she said. “Two members of the [Wampanoag] tribe are on our board of directors. We want to treat this land and this issue with great respect.

The nitrogen load from the expansion – determined by sewage and storm runoff – has been calculated to be around seven kilograms per year above the maximum load. The installation of two upgraded systems elsewhere in the Lagoon Pond watershed is intended to offset the excess.

Mr Abrams and engineer Chris Alley further said discussions were underway with The Resource Inc., a Cape Town-based group that funds home improvement projects for low- and middle-income island residents. TRI is interested in expanding its work to fund septic improvements around the island, Mr. Abrams and Mr. Alley said.

“One of the advantages of TRI is that they are regional, they work all over the island. So if the best and fastest chance for mitigation is in the Lagoon Pond watershed but is in Oak Bluffs, then there’s no problem,” Mr Alley said. .

“It looks like something future applications could use and get the most bang for their buck in terms of mitigating excess nitrogen in watersheds,” Sederholm said.

The hearing was closed, with the written record remaining open for a further two weeks. After that, a post-hearing review and decision by the commissioners will be scheduled.

Under the leadership of Executive Director Rebecca Haag, IGI has expanded its nonprofit mission in recent years to focus on food equity, education, and agricultural innovations on the island. The goal of the master plan is to make the land more conducive to its programming while providing housing for the workforce.

Last year, the farm produced 75,000 pounds of food, which was distributed to island residents in need through initiatives such as the summer lunch program for children, the mobile market in the island neighborhoods and the Island Food Pantry, IGI senior program manager Noli Taylor told commissioners at the first public hearing in January.