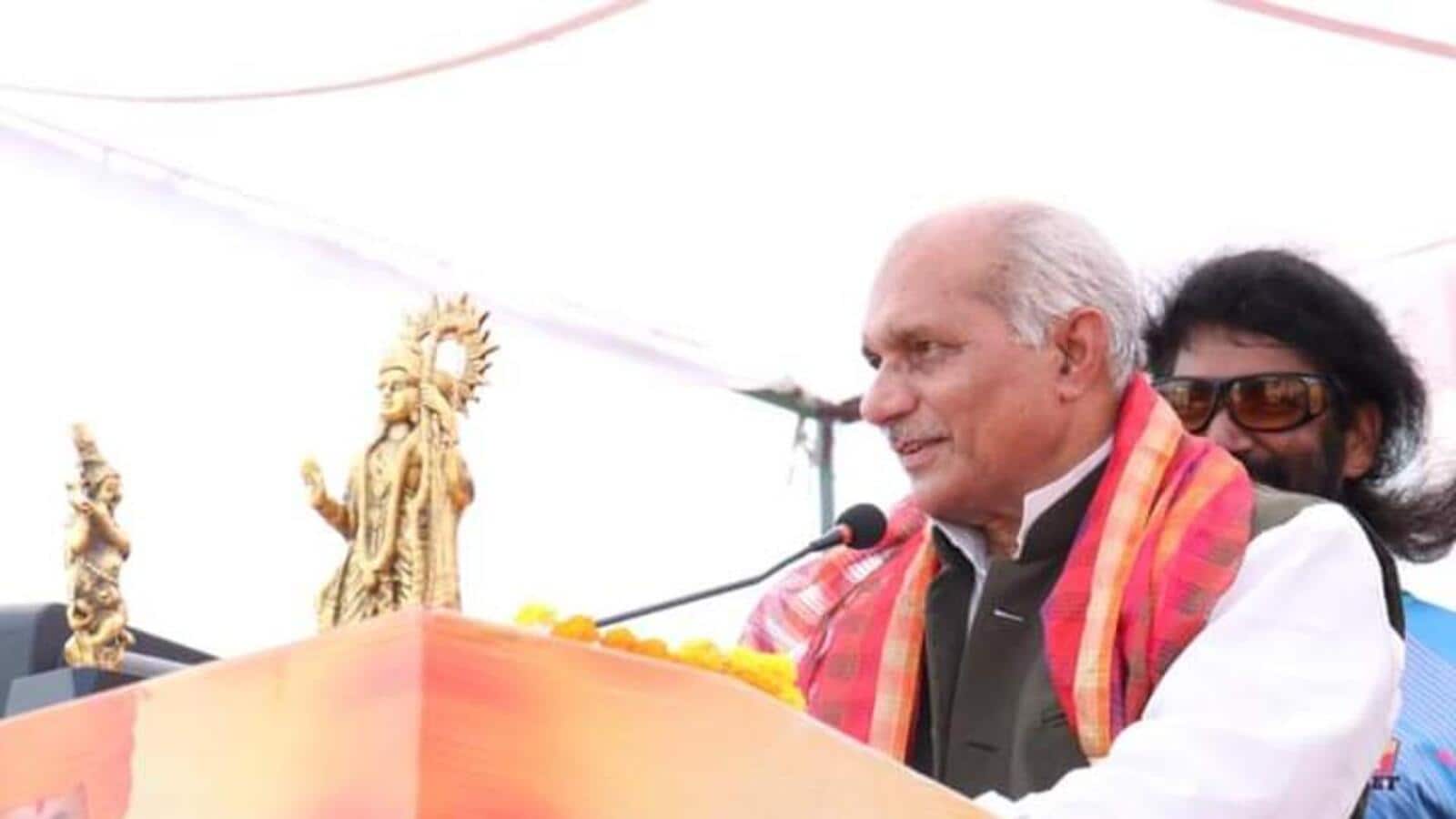 We are already funding madrasas, also expect them to play by the rules, says Uttar Pradesh Minister Dharampal Singh

Uttar Pradesh Minority Affairs Minister Dharampal Singh is aware of the controversy sparked by the government’s twin investigations into madrasas and waqf properties in the most populous state. But while staying away from the contentious issues of lack of funds and affiliation to the madrasa’s board, he says the polls are “well-intentioned” and “no good Muslim” opposes them. During the investigation so far, the government said about 6,436 unaffiliated and unaided madrasas have been identified and 5,170 of those identified have been interviewed. District magistrates now have additional time to send the investigation report to the government.

Q: Surveys are ongoing. And then ?

A: Listen, the madrasa survey is for better education. Mere “deeni taleem” (religious education) cannot enable students studying here to succeed as doctors, engineers, bureaucrats and managers. In addition to “deeni taleem”, they also have to learn Hindi, English, Mathematics and other relevant subjects. The investigation is ongoing and once the results are submitted and collated, we will take appropriate action.

Q: You talk about improving the education system, but many madrasas are in desperate need of funds and facilities. What’s the plan on that?

A: We will link these madrasas with various government programs for students.

Q: What exactly is expected once the investigation is complete?

A: We will sit down together and discuss the results of the investigation. There are issues of affiliation or recognition. There are madrasas where things are not streamlined. All of these things would determine our next course of action.

Q: Various renowned Islamic major seminaries like Nadwatul Ulama of Lucknow or Darul Uloom Deoband of Saharanpur are not recognized by the madrasa board. Is there a plan for all madrasas to be affiliated to the madrasa board?

A: Listen, our Constitution is secular and no one can be forced to follow any religion. But, if big and important seminaries like Nadwa or Darul Uloom focus only on ‘deeni taleem’ and do not connect their students with modern education, the prospects of their students will not improve. So we plan to make madrasa students also learn the NCERT curriculum. And the madrasa education system would also be run on the same model as that of government basic education.

Q: This is an important point you raise. Could you elaborate?

A: It just means that from the age limit to other things, all the standards will also be implemented in the educational system of the madrasa. We don’t object to them providing religious education per se. We will also add modern education and implement some standards.

Q: Most madrasas lack funds. Will the government help?

A: We already fund madrasas, so while we help them, we also expect them to follow rules.

Q: What are your thoughts on the waqf council property survey?

A: The waqf is the property of God and therefore no commercial establishment or residential activity can take place here. Thus, we intend to liberate these waqf properties from encroachments and we will propose educational institutes, training centers, hospitals and parks in these places.

Q: What is the timeline for paired surveys?

A: We have a limited workforce. Currently, the madrasa survey is ongoing. In some places we have (give) extra fees to some officers to help with investigations. Thus, one survey will follow the other.

Q: Part of the community is apprehensive about the government exercise. Plans to allay apprehensions?

A: My greetings to the clerics who hailed the exercise of government. No good Muslim opposes the educational reform program of madrasas. Only those who have never studied in the madrasas, have had an education in the convent schools make such noises. They know that if these students become educated, they will no longer be misled. In fact, once job and career prospects improve, these students will themselves realize how much the BJP government has helped them. This is what some people fear the most.

Q: Will the government take help from the clerics?

A: You would have noticed that the head of the RSS, Mohan Bhagwatji, visited a madrasa and received the title ‘rashtra pita’. Our Prime Minister Narendra Modi said he hoped students in the madrasa would hold the Quran in one hand and a laptop in the other. Chief Minister Yogi Adityanath is busy fulfilling Modiji’s dream.