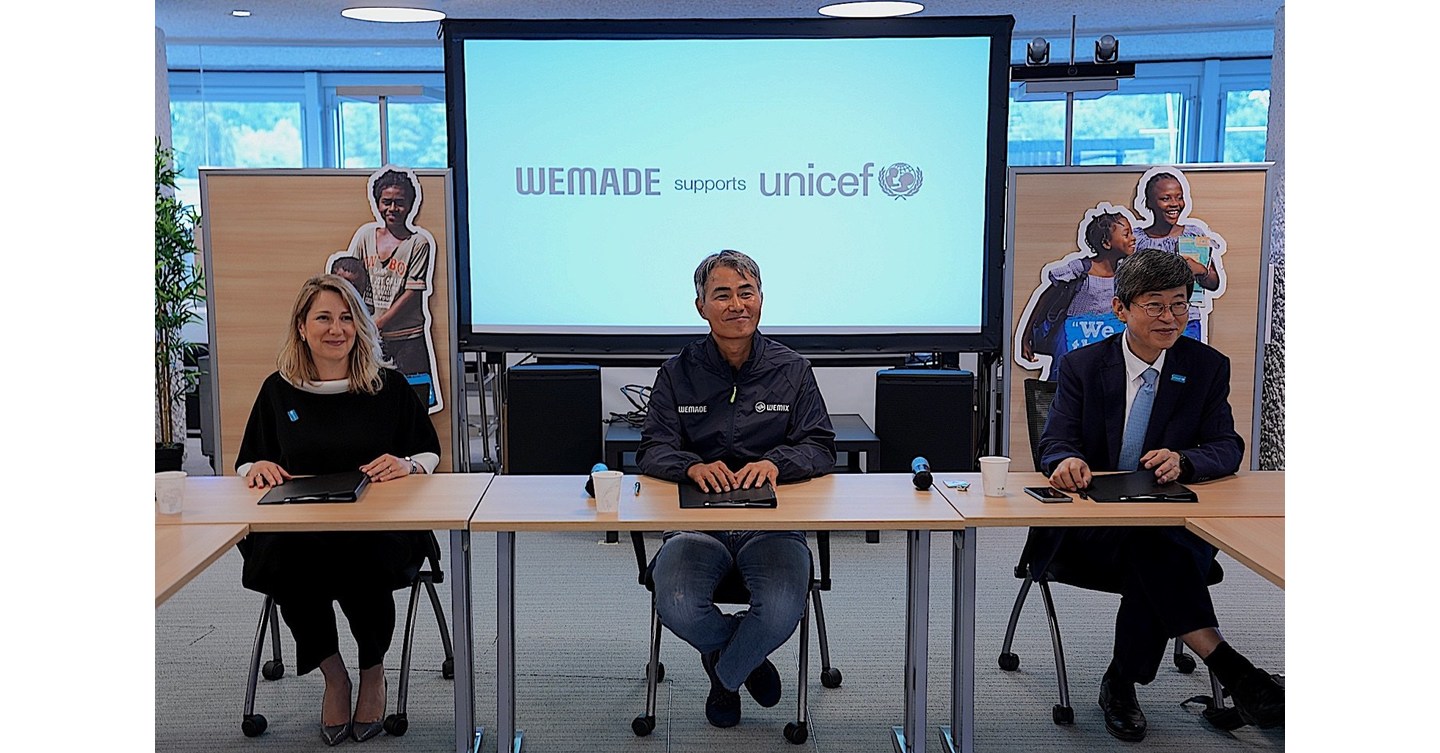 Seoul, South Korea, August 22, 2022 /PRNewswire/ — Wemade has announced a partnership with UNICEF and the Korea Committee for UNICEF on August 19 to support education projects for its “100 For 100” CSR activity.

The signing ceremony took place at UNICEF Headquarters in Geneva, Switzerland. Henry ChangCEO of Wemade, Carla Haddad MardiniDirector of the Private Fundraising and Partnerships Division of UNICEF, and Key-cheol Lee, Executive Director of the Korean Committee for UNICEF were present.

Wemade plans to donate $1 million of WEMIX cryptocurrency every year, totaling $100 million, for 100 years. The company is involved in projects to educate and promote the rights of children around the world.

Based on the traditional Korean belief that education is a grand plan for 100 years, Wemade announced the “100 For 100” project for long-term support for children’s future. The plan aims to improve the future prospects of children, thereby contributing to the betterment of families, communities and even countries, the Wemade spokesperson said.

Donations will be used to support UNICEF’s Reimagine Education program to improve the quality of education for children.

“The pandemic has shown us that far too many children are on the wrong side of the digital divide,” said Carla Haddad Mardini, Director, UNICEF Private Fundraising and Partnerships. “Through our new partnership with Wemade, we will be able to help improve access to technology for some of the most vulnerable children living in Laos and Timor Leste,” she added.

“To fulfill the social responsibility of the WEMIX project globally, we have partnered with UNICEF to support the education of children around the world,” said Henry Chang, CEO of Wemade. “To commit ourselves to the lasting improvement of the educational environment, we have decided to make more than one donation. We will remain dedicated for 100 years.”